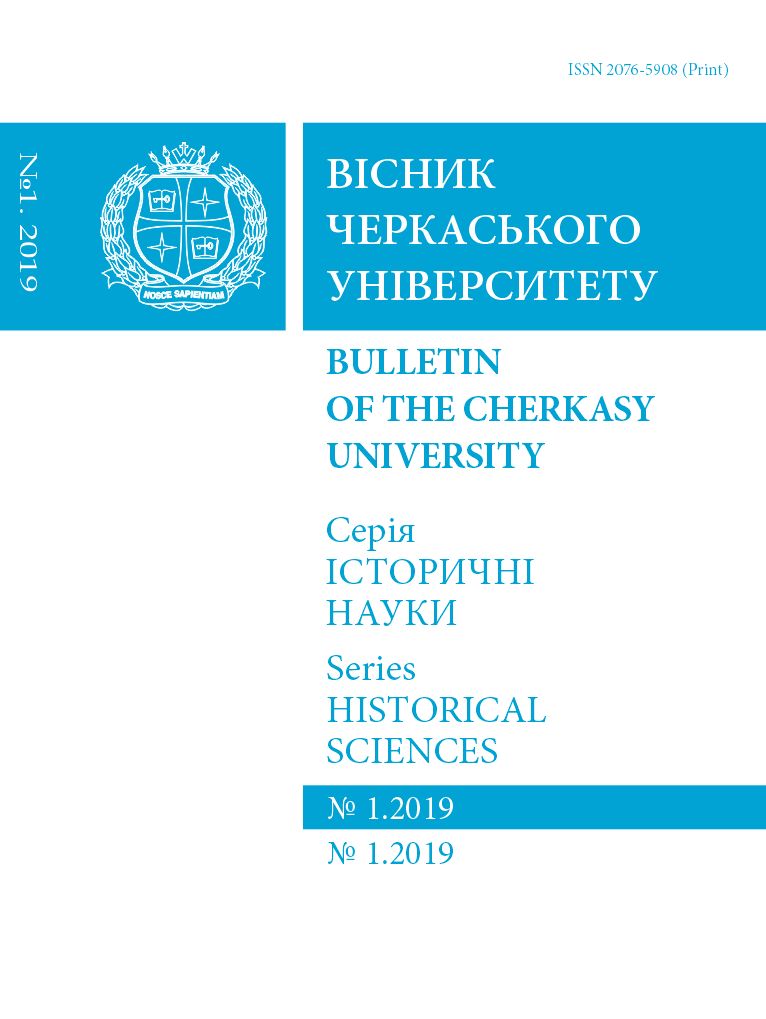 Abstract. Introduction. The raised topic concerns the civilizational approach to the history and views of the Ukrainian researcher-encyclopedist in the end of the XIX – the beginning of the XX century Vasyl Domanytskyi (1877–1910). Domanytskyi's creative heritage is not reflected in special works devoted to the civilizational orientations of leading historians. At the same time, the scientist gave the problem of cultural and historical sovereignty of Ukraine and its historical mission a special investigation "Is the history of Ukraine a history?".

Purpose of the articles is according to the research of Vasyl Domanytskyi to analyze the civilizational certainty and nature of the interaction of Ukrainian society with the surrounding social environment, the place of Ukrainian society in the geopolitical and geocultural space.

Results. Vasyl Domanytskyi referred Ukraine to the "civilized world" – that is, to the country of the European cultural space. In the structure of Europe, the Ukrainian lands represent the "edge of the European world." Behind him to the east, the researcher saw a fundamentally different cultural terrain – Asia, which, according to Domanitskyi, is an anti-civilization force. Ukraine has nothing in common with it and acts as an outpost that protects the European world from Asia. At the same time, Europe has not been able to assess this fairly.

Domanytskyi considered freedom of public life, faith, thought and speech to be the defining cultural feature of Ukrainians. At the same time, the researcher denied the universality of Western European forms of social life. The historian considered the Western European feudal system inappropriate for Ukrainians and other Slavic peoples. Ukrainians in the first half of the seventeenth century raised the question of civil liberties earlier than Western Europe in the form of the French Revolution of the late eighteenth century.

Poland's attack on the spiritual life of Ukrainians and the introduction of feudal order led in the middle of the seventeenth century to a nationwide uprising led by Bohdan Khmelnytskyi. However, the confrontation with the Polish-Lithuanian Commonwealth, according to Domanytskyi, had primarily positive consequences only for neighboring countries. For advice to preserve his power, Khmelnytskyi entered into an alliance with the Russian state. His followers divided the people by confrontation. But in the conditions of the destruction of Ukraine as a subject of political life, the Ukrainian people preserved their fundamental cultural and value orientations, which Domanytskyi called "the ideas of humanity".

Originality. In the presented article the problem of Vasyl Domanytskyi's views on the civilizational sovereignty of Ukraine is raised for the first time.

Conclusion. Ukraine is a part of the cultural body of Europe, but with values differ from the Western European world. Standing cultural and historical features of Ukrainian society, according to Domanytskyi: personal freedom, freedom of faith and thought, combined with conflict in their own environment, the uniqueness of a social system differ from Western Europe, hostility to Asian cultural models and at the same time a sense of belonging to Europe. Ukraine has a major role to play in protecting the European cultural space. However, Europe is a consumerist.

Most read articles by the same author(s)